The Back of the Bus and the back porch 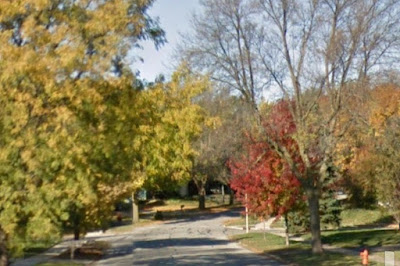 It's not often that I dwell on the racial prejudice I experienced in my younger years.  But this morning when I logged on and noticed today's Google doodle, a tribute to Rosa Parks, who in an act of civil disobedience, refused to obey an order by a bus driver to give up her seat to a white passenger, thus sparking the Montgomery Bus Boycott, I was immediately taken back.

Now I'm too young to have endured the kind of legislated bigotry and segregation that those of my parents' generation did, but for the short time our family lived in a small town outside of Chicago, I did endure regular negative attention and prejudice from other kids. Yes as the cliche' goes, kids are cruel. As if middle school isn't already the worst time of a kids' life, add to that being the only black student one year and only one of 3 another.

I never let on to my parents what I was going through during those years.  I've always been a bit of an introvert by nature. But I doubt if I was much different from most kids my age at the time.  Maybe you felt comfortable telling your parents anything and everything you felt and experienced when you were growing up. Not me.  I just buried it. All of it. Way. Down. Deep.

So what was it like being one of the very few black kids in our area? Well, I think I may have been a bit angry at God for a while. I started to wonder why I wasn't born a blue-eyed blond white girl with straight hair.  I just knew that things would have been so much easier than what I was going through being black.  And I was quite the curiosity for many of my classmates and the neighbor kids.
Ignorant questions would abound. My hair. My skin. "Do you tan?" "You can tan?" "You can burn?"

Hardly more than a day or two would go by when I wasn't being called a nigger. Funny, now we're so much more p.c. We don't actually say or spell it out in polite company. But back then, it was different, at least for me. I wish more than anything that I had fought back.

I did fight back once.  Some kid called me a nigger one too many times and on the w r o n g day.  A few seconds later, I was picking the flesh of the back of his neck from my fingernails.
He never called me that again.
Am I condoning violence?  No. I was a sad, picked on kid with pent up anger and frustration over the racism I experienced on a regular basis.  I do feel some regret now over what I did to that boy. I'm sure there was a better way to respond.

We moved back to California when I was in my teens, and honestly I couldn't have been happier.
But was my entire time in the Midwest totally miserable and a complete waste?  I would have to say no.

In that small town was where I believe I met God for real.   Our next door neighbors were baptists and like good baptists, they wanted to make sure I heard the "Good News".

During the summer of 1976, they hosted a vacation bible school for their church on their big back porch. So several of us kids in the area attended.

I loved it. The bible stories, the teacher, even the other kids. And I loved learning about Jesus.
So, even though my time in that part of the country was difficult from a racial standpoint, I believe that in terms of my spiritual awakening, it appears I was in the right place at the right time.

So yes, reading about Rosa today is bittersweet for me. But I am so thankful for the strength God gave her to stand up(or sit as the case may be) for what was right.  And I want to also express my thanks to that neighbor of ours from so long ago, whose name I can't even remember now, for extending the kindness they did by inviting this wounded, bullied girl into their home to meet the Savior.
Posted by Val at 4:13 PM 6 comments: